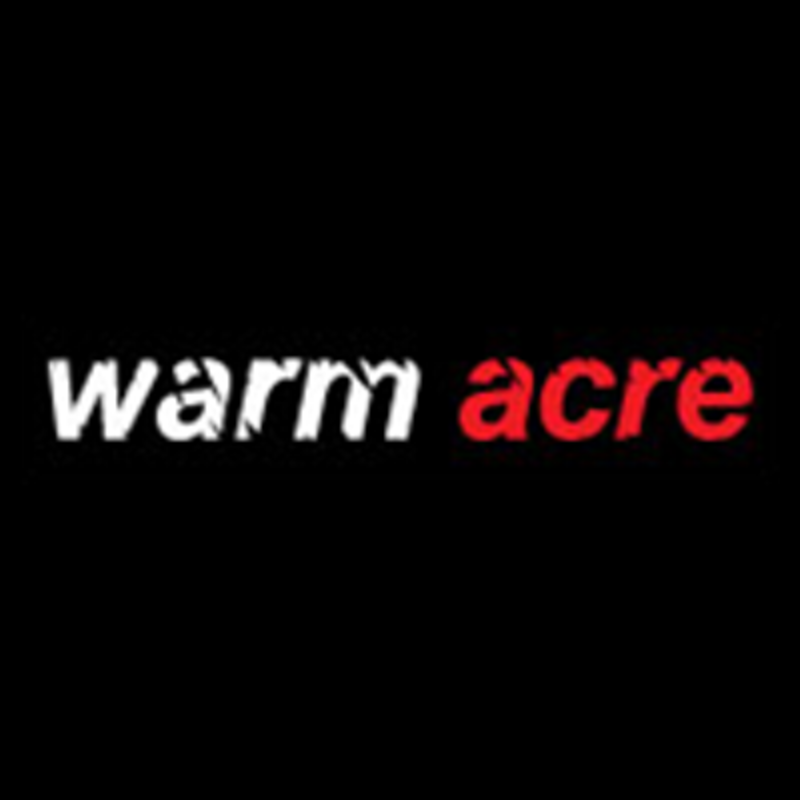 Warm Acre are a small games company co-owned by Wolfrik Galland and Gav Tyler. Both started working in the wargames industry at Games Workshop and have since collaborated in such projects as The World of Warhammer and Warhammer: English Civil War. They have now self-published their own games Hour of Glory, Bunkerstorm and No-Go-Zone as well as producing their own range of 28mm metal miniatures.

When, why and how was Warm Acre set up?
Gav: We met working on a magazine for Games Workshop. After leaving the company, we decided to collaborate on our own games projects. It started out with Wolfrik doing the words and me the graphics, then I got into sculpting and we were able to broaden our scope and become a miniature games company.

Wolfrik: I’d had this idea for a covert ops board game, one day Gav came round for a beer and we ended up prototyping what became Hour of Glory. That was over ten years ago and we’ve been peddling our wares ever since, even though Gav now lives in Cornwall and I’m in London. It’s a part-time business for both of us – but Gav does all the hard work and I just ponce around having random brainwaves.

When did you become a fan of games? What was the appeal?
Wolfrik: I was roleplaying gamer at the age of 9 and joined a local club, where I used to ‘games master’ for players in their twenties and thirties. I never wanted to be a player – that felt too passive – for me it was about story-telling… or possibly I’m just a control freak. I started designing my own systems around the same time, which ultimately led to me working as a designer at Hasbro for 6 years, an awesome gig that taught me a lot about my craft.

Gav: I played with Lego a lot as a kid (to be honest, I’ve never stopped) and created my first Lego wargame when I was 11. I loved Star Wars, particularly the Stormtroopers, which led me to Space Marines and Warhammer 40K. I also played a lot of roleplaying games, mostly D&D, CyberPunk 2020 and a fantasy system that my group designed. I like games that fire my imagination.

Describe in brief detail what each of your main games involves: Hour of Glory, Bunkerstorm, No-Go Zone etc
Gav: Hour of Glory is a table-top board game set in WWII that pits Allied agents against an evil genius called ‘the Baron’. The spies must invade the Baron’s Stronghold and escape with his secret plans for world domination, avoiding or eliminating sentries and guards as they go. The twist is that the agents have only 60 minutes to complete their mission. Time is a precious resource for the intruders and, as it runs down, things can get pretty tense. Bunkerstorm is a squad based game using the same board and basic rules as Hour of Glory, but with an emphasis on violence over silence.

Wolfrik: No Go Zone is a miniatures game set in the real world which simulates an ideological clash between ‘Law’ (Police and Emergency Services) and ‘Chaos’ (criminals and social undesirables). Each side has very different agents and methods but the objective is to strip your opponent of ‘respect’. The game is confrontational but not based purely on combat – Law can ‘attack’ Chaos by dispersing civilians and arresting wrongdoers, while Chaos has access to a whole arsenal of misbehaviour that includes vandalism, prostitution, drunken disorder and pub brawls.

What’s the vision of your company?
Gav: We only make games that we enjoy playing ourselves – but if other people like them, so much the better! We don’t just make a game because we think it will sell – there’s no heart and soul in that.

Wolfrik: It has to be fun first. Even if we were billionaires, I’d still only want to play and design games. I like taking risks with our games – Hour of Glory and No Go Zone are both ‘asymmetrical’ systems – but they work because we experiment and play-test until they feel right.

What is the appeal of the business to your customers?
Gav: I read in an online review of Hour of Glory that we “not only ignore the rulebook on games design; we rip it up in everyone’s faces”. I felt proud of that. But for me the most important thing is good customer service. We have quite a few regulars now.

Wolfrik: Yeah, I think our non-commercial approach helps. We try to keep the ‘punk’ spirit alive.

What has the feedback been like for your business? Have Facebook and Twitter helped?
Gav: The Warm Acre online forum is really friendly and we see our members as friends and fellow gamers rather than customers. Hour of Glory has players all around the world and that’s largely thanks to our presence on social networking sites. This is something we’re hoping to use even more in the future.

How do you promote the business?
Gav: We haven’t done much aggressive promotion for a couple of years, but we do use The Miniatures Page (TMP) as our online news noticeboard as well as Twitter to mention new releases and updates. We also sell our miniatures and games on eBay and Amazon and this seems to work for us well in addition to our own website. Our time under the radar is hopefully about to end and we plan to promote ourselves much more from now on!
Printed copies of our games as well as the miniatures that support the games are available at our website: www.warmacre.com. Also, all of our games are available at Wargame Vault (www.wargamevault.com) as downloadable pdfs. We have recently released 3D card terrain for No Go Zone that includes a pub, night club, shops and houses. These are also available at Wargame Vault.

Wolfrik: It’s true that we love making games but we’re reluctant marketing men. My recent career shift into publishing has helped me appreciate the value of publicity and I hope we’ll be a bit more flamboyant in the coming years.

Has Warm Acre been affected by the recession or has it defied the economic climate?
Gav: We’ve managed to keep our heads above water – of course people are spending their money more carefully than they may have done before, but with fair prices and the pdf download option, we have been enjoying a steady number of orders over the last few years. We’ve even been able to purchase our own casting equipment which means we can keep our miniature costs low.

What’s the future for Warm Acre?
Wolfrik: We’re working on a number of projects that we hope to release in the near future. This year we’re expanding Hour of Glory into new genres, including zombies, modern warfare and the Vietnam War. A new expanded edition of No Go Zone is close to completion, and we have many other fresh ideas in the pipe. Gav’s miniatures forge is running red hot at the moment.