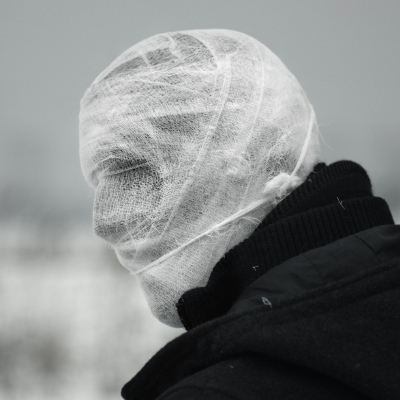 Creators of NecroMech (TM),a Dark Fantasy Role-Playing Game in a Post WW2 Alternate History Setting; one in which the world has been irrevocably altered by the “Rip”, a catastrophic event triggered by the dropping of the atomic bombs on Hiroshima and Nagasaki. Conjoined with a hellish Otherside our heroes and villains, using newly awakened or graft-stimulated psychic talents, fight for survival and power. For some the creatures released into the Wastes of what was once Japan must be destroyed while for others they are the source of that power...

For players there is opportunity for in-depth roleplaying, perhaps utilizing their psychic talents as part of a broader tradecraft skill set, as they penetrate layers of intrigue in London and Paris. The story then leading them on an adventuring mission traversing the chaos in Germany, down into the subterranean passages beneath Wewelsburg Castle, and then on to the Otherside. But making it to the Ash Curtain across the Wastes may require a more strategic approach utilizing organized forces to counter the vast number of Othersiders that bar the way, and what will await them as they eventually cross to the Otherside and stumble into the horrifying Fleshworks?